Arsalan Shahid
Home Blog Energy Predictive Models and Performance Events: A Match Made in Heaven? Or... 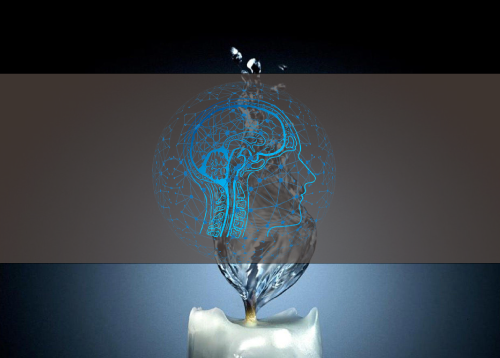 In this post, I discuss the challenges and recent advancements in energy consumption predictive modelling for modern multicore computing platforms. I also share some research results and a list of publications for your further understandings.

Do you know: The energy transferred by the sun to earth in 2 minutes is equal to the energy consumption of the whole mankind for one complete year.

Accurate measurement of energy consumption during an application execution is key to application-level energy minimization techniques. There are three popular approaches to providing it: a). Physical measurements using external power meters, b). Measurements using on-chip power sensors, and c). Energy predictive models. The first approach is accurate lacks the ability to provide a fine-grained component-level decomposition of the energy consumption of an application. This component-level decomposition is essential to finding an energy-efficient configuration of the application. The second approach had no definitive research works proving its accuracy. But, recently, we published detailed research [1] that provides the accuracy of on-chip sensors. The authors conducted a detailed experimental study using highly optimized scientific applications on modern GPU and CPU platforms and found that average errors can be high up to 73% with a maximum error hitting 300%. This is an eye-opening discovery pointing towards a serious challenge for energy consumption measurements. The third technique, that is, energy predictive models, has emerged greatly over the last few decades and caught huge attention from the researchers community. This is because of the flexibility of providing the component level decomposition of energy consumption. A large amount of energy predictive models are linear and use performance monitoring counters. There are hundreds of research works where performance monitoring counters have been used to build energy predictive models.  Our research group published a survey of energy consumption models in 2016 [2] in ACM computing surveys. This survey highlighted the popular energy predictive models and presented a case study to show the poor prediction accuracies of the models. The average prediction errors were reported to be as high as 66%. Before discussing further let us first define performance monitoring counters.

Performance events or performance monitoring counters (PMCs) are special-purpose registers provided in modern microprocessors to store the counts of software and hardware activities. I use the acronym PMCs to refer to software events, which are pure kernel-level counters such as page-faults, context-switches, etc. as well as micro-architectural events originating from the processor and its performance monitoring unit called the hardware events such as cache-misses, branch-instructions, etc.

Basic purpose: PMCs have been developed primarily to aid low-level performance analysis and tuning. Remarkably while PMCs have not been used for performance modeling, over the years, they have become dominant predictor variables for energy predictive modeling.

Perf tool can be used to gather the PMCs for CPUs in Linux. PAPI and Likwid allow obtaining PMCs for Intel and AMD microprocessors. Intel PCM gives PMCs of core and uncore components of an Intel processor. For Nvidia GPUs, CUDA Profiling Tools Interface (CUPTI)  and nvprof can be used for obtaining the PMCs.

Causes of the inaccuracy of PMC-based energy predictive models

We devised a test called the additivity test in order to check the suitability of PMCs to be used as parameters in energy predictive models. The test has two stages. A PMC must pass both stages to be pronounced additive for a given compound application on a given platform.

We published another paper recently that presents an experimental study to show the impact of using additive PMCs in energy models [4]. We improved the accuracy of models build using three techniques: 1). Linear regression (LR), 2). Random forests (RF), and 3). Neural Networks (NN). We showed that the accuracy of LR models improves with the reduction of the average prediction error from 31% to 18%. Similarly, the average prediction error of energy predictive models from RF and NN drops from  38% to 24% and 30% to 24%, respectively.

To summary, we found no PMC that is absolutely additive for a range of applications. Therefore, a generic energy predictive model based on low-level PMCs that can predict the energy consumption of any application is not possible on modern computing systems. However, we found that for a limited set of applications or for the case of application-specific models, additivity test can greatly help in finding reliable parameters that can be used in energy models.

In our research work [5], we provided a mathematical validation of linear energy predictive models using additive parameters and extended the state of the art mathematical models by incorporating the properties from the fundamental law of energy conservation. Keeping the increasing complexities of modern multicore platforms in mind, we motivated the research community in another paper to strive towards understanding how pre-multicore methods and algorithms perform in the multicore era [6].

In our future work, we will explore generic high-level parameters for reliable and accurate energy predictive modelling that can be used across the computing platforms.

Signing off for today. Stay tuned and I will see you next week! Happy learning.